TRAFFICKED TO A BROTHEL:

DRUGGED, KIDNAPPED AND ENSLAVED IN BROTHEL: HOW ONE NEPALESE WOMAN FOUGHT BACK

Charimaya Tamang was one of the first women in Nepal to prosecute the person who trafficked her.

She now leads awareness-raising sessions in rural areas and runs a shelter for survivors of trafficking. 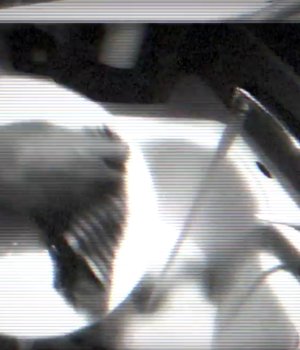 Growing up in Nepal

“In the brothel, there were no windows. The only light was from the lightbulb—that was the sun and the moon for us.” Charimaya Tamang grew up in the hill country of Nepal, working on her family’s farm. She was used to the outdoors and sunshine and freedom. But after waking from a drugged sleep thousands of miles from her village, the sixteen-year-old was shut in a room behind three doors, each one locked after the other.

Unlike most girls from rural Nepal, Charimaya knew early on that the men who eventually abducted her were criminals. One had approached her in her village, complimenting her intelligence and her classroom work, suggesting she leave her home for better opportunities. “They’d say, ‘You have potential, you could work in a business,’” she remembers.

But Charimaya had read in a book about human traffickers who buy and sell unsuspecting people into forced prostitution, beggary or labour. She knew that people were sometimes promised jobs that didn’t exist, or taken to the big city without knowing what would happen next.

So she was wary, all the more so because she saw unfamiliar girls hidden in the upper floor of a small hut in her village. Though there was no high school where she lived, Charimaya was taking informal classes. She even pointed out to her fellow students that trafficking might be happening where they lived.

They had to drug her. Though she usually went to cut grass with other village women, one day she was in the forest alone. Four men grabbed her, tied her hands behind her back, and made her swallow a powder.

Get used to it

She woke up in a city in northern India—“it was the first time I’d ever seen tall buildings”—and demanded to go back. Her abductors told her they’d get her a job in Kashmir, weaving shawls. “It was so hot in India,” she recalls. “I was sweating. I was used to the cool breeze in my village.” She didn’t want to drink anything they offered, but eventually her thirst became overpowering and she drank a soft drink.

The next time she woke up she was in Mumbai, though she didn’t know her location for some time. “They took me to a restaurant. There were lots of people there, and I was crying and crying, but no one came up to me.” After tricking her into getting into a taxi—“the driver knew. Everyone knew”—the men disappeared, leaving her with “aunty.”

The brothel madam locked her behind the doors. Then she was threatened more. If she didn’t let the brothel staff bathe her, they’d scald her with boiling water. If she didn’t do what was asked, she’d be sold to a worse brothel.

Some of the Nepali women there tried to comfort her, or told their own stories of deception: Promised a job. Promised an arranged marriage. Promised a life better than the one they had with an abusive stepmother. All the lies ended in the same place.

They told me, ‘Get used to it.

Charimaya didn’t leave the brothel for 22 months, but she didn’t get used to it. She didn’t know how she’d get out, but she was sure she would. “I thought, ‘When I go back to Nepal, I’ll tell them how this works, I’ll report on it.’” Imprisoned in Mumbai’s red-light district, unpaid and abused, the teenager started doing her own research. She learned, for example, that the brothel paid a weekly bribe to police officers. She stored up facts for the future.

“I always had the feeling that someday I’d have supporters on this issue,” she says.

Police finally raided the brothel. Charimaya knew what she was going to do with her freedom. First she and others had to lobby to get back home. The Nepalese government “wouldn’t take us. They said we were bad and might bring HIV.” But under pressure from Caritas and other charities, Charimaya and over 128 other women got to Nepal.

The next challenge was visiting her village. It didn’t go well. “I wasn’t accepted. There was a lot of fighting. Not my parents, but others shouted at me,” she remembers. “I stayed there only two hours.”

But with the help of Catholic sisters, Charimaya was able to do more work to combat trafficking. She was the first in her group of women to file charges against her trafficker. “The pimp was caught and put in jail for ten years.”

Charimaya began advocating on behalf of other exploited women, urging governments to look on trafficked girls as victims of crime, not criminals. Today, she leads awareness-raising sessions for groups at risk, telling them what to watch out for. “If they’re offered a job and decide to take it, they should know what the job is, where it is, what a contact number is, and so on.” She also oversees programmes for trafficking survivors, running a shelter for girls aged 15 to 22.

Her work has been recognized by groups both in Nepal and around the world; in 2011, US Secretary of State Hillary Clinton presented her with an anti-trafficking ‘Hero’ award.

Now married with two children, Charimaya has used what she learned in the dark times to fight injustice and protect other women. “We have to have a sign of hope,” she says. “After night, we have day. We should carry that hope all the time.”