COATNET invites other like-minded faith based organizations to join the network in order to help to stop trafficking.

COATNET is a global network of Christian organisations working to combat human trafficking and assist survivors of modern slavery.

The network links over 45 Christian organisations fighting human trafficking. Co-ordinated by Caritas Internationalis, we have Christian (Catholic, Anglican and Orthodox) members from 39 countries, and co-operate with other faith and civil society organisations worldwide.

COATNET members base their fight against human trafficking on shared Christian values and principles, such as the love of God, the inviolability of human dignity, solidarity with the poor and nonviolence.

COATNET MEMBERS AROUND THE WORLD

COATNET MEMBERS AROUND THE WORLD

BEING A MEMBER OF COATNET, YOU WILL HAVE ACCESS TO:

A community of practices and projects, and of professionals at global level, which can support organisations at a national level in the setting up of counter-trafficking services, in assistance of trafficked persons, in prevention and advocacy

Joint development of standards in the counter-trafficking work

Become a member of coatnet

Our members are expected to: 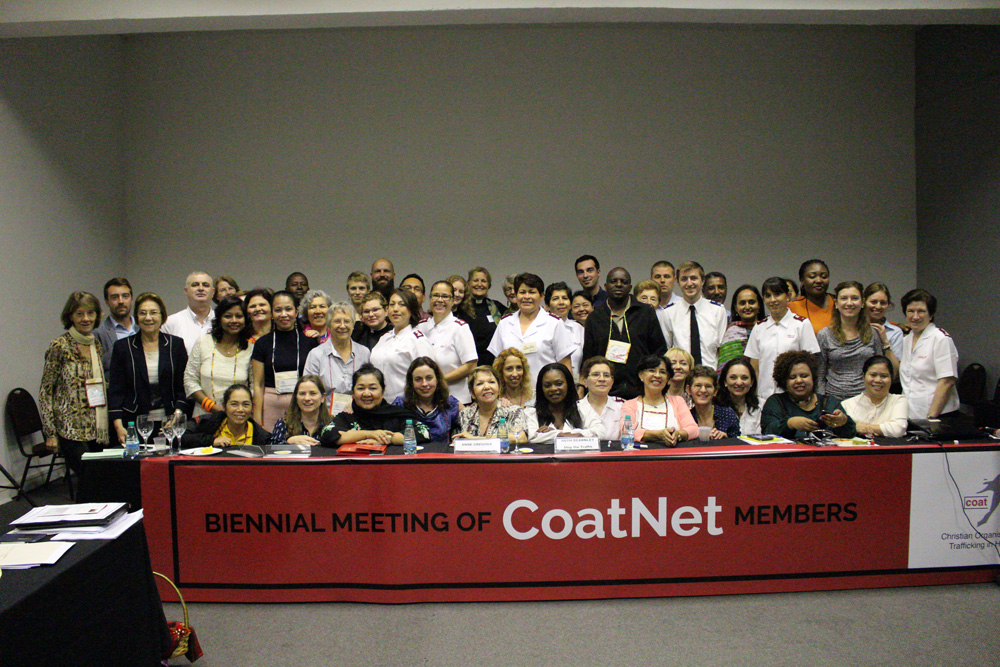 If you are interested to become a member, please send an application letter introducing your organisation and possible contribution it could make to the network.

COATNET is open to new members, and to cooperation with organisations fighting the same cause and sharing the same values. We welcome enquiries about advocacy, campaigning or donating.