HOW HUMAN TRAFFICKING WORKS IN ROMANIA

“The trafficker always comes with a promise attached”

“The club owner in the destination country needs new victims; through contact persons in the prostitution and pimping circles the order is placed.” In a chart-filled technical booklet about human trafficking in Romania, this chilling sentence stands out. “The order” is an order for girls. Once it’s placed, others “recruit, transport, and deliver victims to the owner.”

Many Eastern European countries like Romania are still struggling economically after years of Communism. Unemployment is high and young people in particular have few options once they leave school. Some of their friends and family find good jobs abroad and send back money. When a man or woman approaches them with a plausible-sounding job offer, young people listen.

“The trafficker always comes with a promise attached,” says Gabriela Chiroiu, who heads up anti-trafficking programmes for Caritas Bucharest. The trafficker will offer work abroad as a waiter or hotel staffer, or a job taking care of elderly people. Since many Romanians do in fact have such jobs in Italy, Spain and beyond, the offers sound believable.

But once the traffickers get people across the border, or simply away from a familiar place, they sell their victims into forced labour, beggary, or prostitution. Young women end up working in nightclubs or brothels. Men are sold into unpaid, arduous construction or farm work. And children and adults are forced to beg and steal, giving all they earn to the trafficker and following his or her instructions. “Each beggar knows where to sit ,” says Chiroiu.

A paraphrase of the government booklet text outlines which criminal does what during the trafficking process:

Around the world, Caritas—and especially its anti-trafficking network, COATNET—tries to stop the process at the recruitment level, before vulnerable or poor people become victims. COATNET partners, which include members from various Christian churches, hold information sessions that target the most vulnerable people, whether that means women in small Nepalese villages or teenagers in Romania.

At a school in Bucharest, Caritas runs an awareness-raising project led by students. The students learn about trafficking, make materials like posters, and even create videos to warn their peers. Doina, age 16, starred in a video that she and her friends wrote and directed. “I’ve learned I must never give away my passport or ID card,” she says.

“I like the idea of preventing trafficking,” says 19-year-old Smara, a former participant in the Caritas activities. “I used to see cases on TV of girls or children forced to work.”

“If my friend was considering a job offer that sounded strange, I’d tell them they don’t know what they’re getting into,” Smara continues. “It has to be a trusted company with a real work contract. And people who go abroad to work need to know where they will live.”

The prevention efforts are making a difference. “We realized our work had an impact when students recognized a trafficking situation that happened to a relative or friend,” says Chiroiu.

Sometimes poverty isn’t the only thing impelling people to take dangerous job offers. Male traffickers identify girls who feel left out or unloved, date them, and then eventually ask them to prostitute themselves to help him out of his money problems. It’s what Chiroiu calls “sweet trafficking”–the girl is treated kindly, has more freedom to come and go, and is protected from violent clients. But she must give the money she earns to her “boyfriend.”

“Imagine a 16-year-old girl who’s never heard, ‘You are good, you are smart, you are pretty’ from her parents,” says Chiroiu. “Her trafficker treats her well and says, ‘You’re so good. The clients love you.’”

In other cases, male traffickers manage to recruit girls who have a stronger support system. “They gain the trust of the families. They date for a month or two. The guy keeps visiting the families. He does the same thing with 3 or 4 girls at the same time,” says Chiroiu. Male and female traffickers offer street children, unemployed men, and other people jobs and hint that they can make their dreams come true.

COATNET projects warn participants about all the different ways traffickers operate, though keeping up with their tactics is an ongoing battle. “Trafficking is a business. It’s really profitable,” says Chiroiu. “With prostitution, the client has the idea, ‘I paid my money and I expect the woman to deliver.’ It’s a commercial transaction.”

“Imagine a 16-year-old girl who’s never heard, ‘You are good, you are smart, you are pretty’ from her parents” 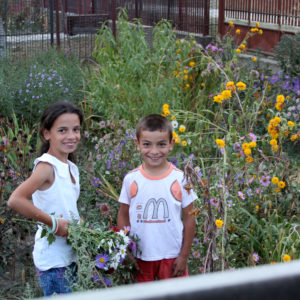 The main problem is demand—demand for cheap or free labour, prostitution, or the “free” money made through beggary. Romania copes with the fact that in some nearby countries, the demand is legal. “Legal prostitution in other countries creates the opportunity for crime everywhere,” says Adrian Petrescu of Romania’s National Agency Against Trafficking in Persons.

Thousands of Romanians migrate to Italy hoping to find good jobs. But since prostitution is legal in Italy, there’s a chance that if a good job doesn’t work out, women who need money may take another path. Many prostitutes in and around Rome, for example, are Romanian. Not all were trafficked, but many are. A 2008 Caritas Italiana study showed that 11% of trafficking victims in Italy—the second largest group of victims by nationality—were Romanian.

But customers also come from other countries to Romania. “Lots of Italians come here because it’s cheaper and safer to pay for sexual services,” says Chiroiu. “The wife won’t know.”

Caritas protects people who might be targeted. Caritas Campulung in central Romania has built up small businesses like a cafe where at-risk women can work. Also in Campulung, small children whose single mothers are struggling can attend St. Jacob’s School, so that neither mothers nor children risk going on the streets. Caritas Bucharest runs St. John’s Home, a place for young boys who had been abandoned.

Though COATNET and Caritas focus on prevention, they also are there for people who have been trafficked and escaped. They have shelters, do counselling, and work with survivors to build job skills.

In the end, Caritas Bucharest and other COATNET partners want to make sure human beings are more than an “order” to be placed. Caritas works with people so that, while they pursue their dreams, they don’t get used. “We just don’t want people to be deceived,” says Chiroiu. “You can’t tell a person, ‘Stop dreaming.’”